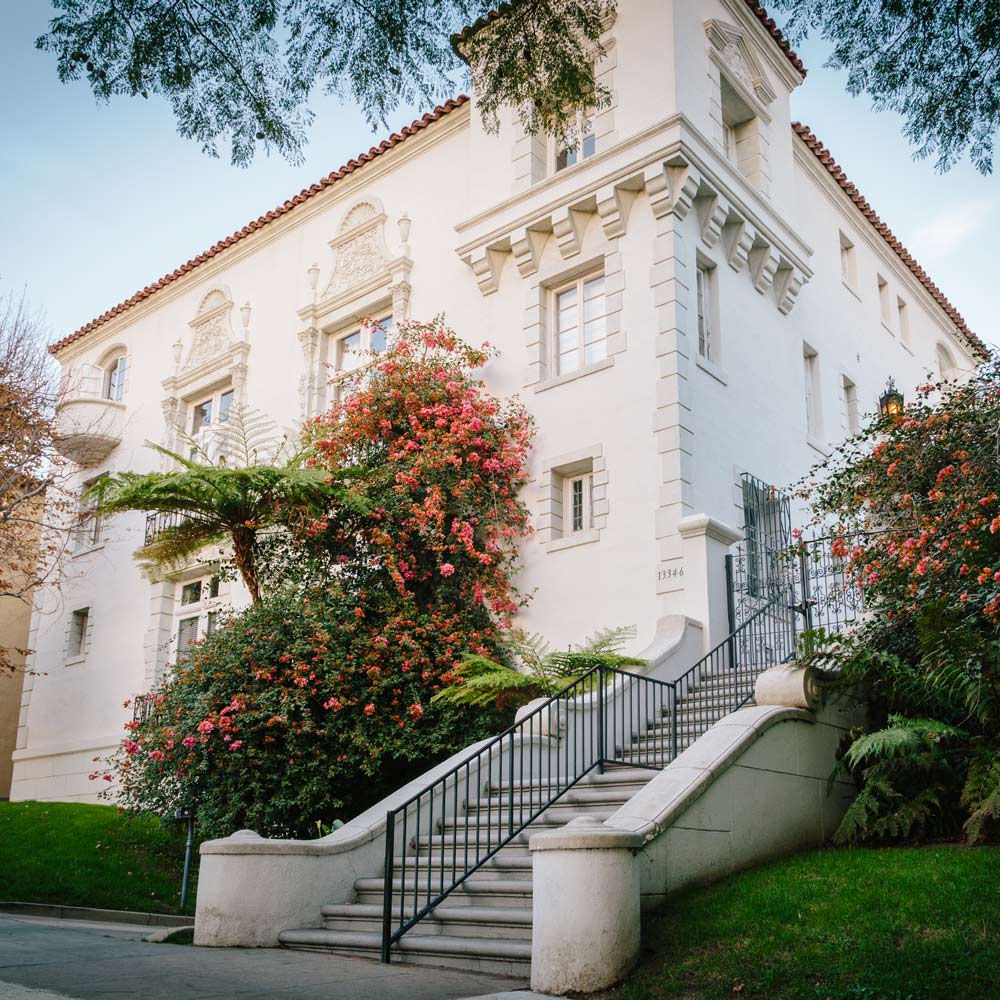 1334 Harper Avenue, also known as the Harper House, was constructed in 1929 and is a part of the Harper Avenue Historic District. The buildings within the Harper Avenue District embody distinctive characteristics of various period revival architectural styles. The buildings articulated in the Spanish Colonial Revival style (1320-24, 1334-36, 1330 & 1301-09 Harper Avenue) are highlighted by low-pitched, red-clay tile roofs, arched entrances and windows, extended eaves w1th exposed rafters, and, commonly, ornamental details. The Harper Avenue District reflects significant patterns of growth and settlement in West Hollywood. The location of the district between Beverly Hills and Hollywood and adjacent to the developing Sunset Strip, made it an increasingly attractive residential area in the 1920s. The multi-family form and luxury of period revival styles were new to the West Hollywood community, which, until the 1920s, had been dominated with simple single-family development. (Photo Credit: Tony Coelho)