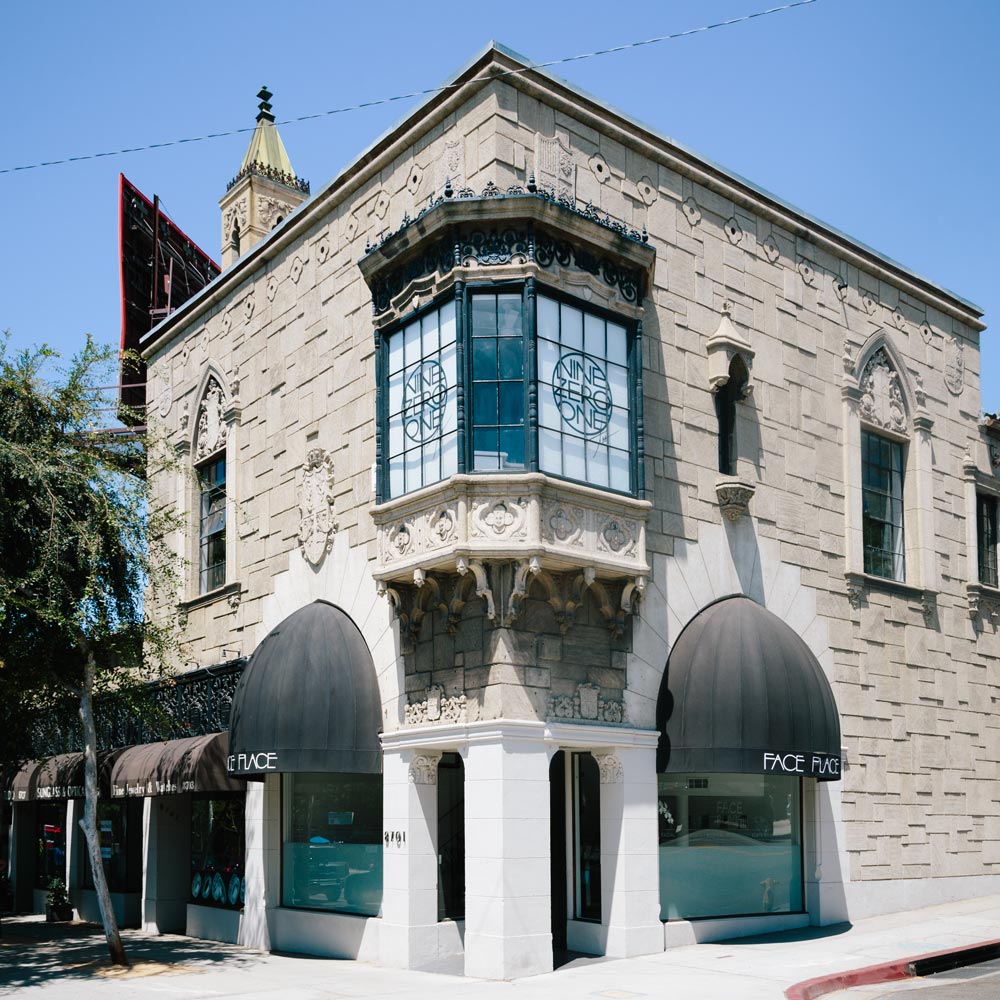 The structure is a building of Spanish Gothic Revival style architecture. The architecture of this commercial building is characterized by a large square and hipped roof tower at the southeast corner. The square corner tower has a molded cornice. A small, square turret projects from the western tower facade at the peak in the gabled roof. The hipped and gabled roofs are red clay tile with decorative wrought iron brackets supporting the rain gutters. The facade of the reinforced concrete building, covered in stucco, resembles roughly textured stone blocks “cut” in varying sizes and shapes. By the building’s construction in 1928, the old town of Sherman was beginning to thrive, as the foundation for what is now called West Hollywood. Santa Monica Boulevard had doubled in size, firmly linking its western portion to the westward expansion of Hollywood. This reinforced concrete building, styled in a lively Spanish Gothic architecture, clearly marked the eastern edge of the central business district for the emerging town of West Hollywood. The building is attributed to the architectural firm of Morgan, Wall and Clements. (Photo Credit: Tony Coelho)